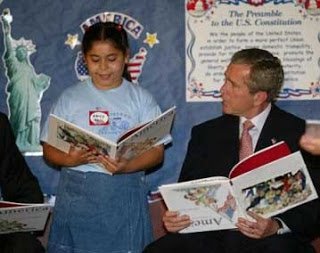 With information delivered via various mechanisms all fighting for our attention now, it’s no surprise that reading has become our least favourite waste of time.

According to a just released Associated Press-Ipsos poll, one in four adults in the United States didn’t read any books in the past year. Well, that probably explains George Bush.

The poll, conducted from August 6-8 and involved telephone interview with 1,003 adults, went on to say that the average American read only four books in the last year.

Upgrading? No way.
Slim Axim
If sluts could drive
Made in the USA