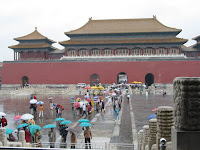 Several years ago when I visited Beijing, I remembered observing with a tinge of sadness the presence of a Starbucks joint within the Forbidden City. At that time, I already thought it was sacrilegious for a commercial entity to taint the Forbidden City’s historical significance. 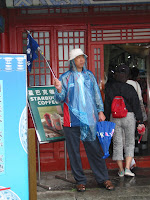 Good thing now the Seattle-based coffee chain has been banished from the Forbidden City on July 13 after a storm of opposition from patriotic Chinese. The campaign to oust Starbucks was led by Rui Chenggang, a popular news anchor from CCTV who blogged about the issue last year. Back in January this year, he wrote: “It’s maybe O.K. to have a Starbucks around the Forbidden City. But having one inside the City is inappropriate. This is not globalization, but an erosion of Chinese culture.”